In my most recent chapter of the ongoing saga "How Spira Became Pikholz," we saw how the perfect Y-DNA matches for 67 markers became a genetic distance of four or five when we upgraded to Y-111.

At that point, we had three Pikholz lines from Skalat in east Galicia, one of which is my own going back to my second great-grandfather Izak Fischel, born about 1810. I am a perfect match with a man we call "Filip" who goes back to Nachman Pikholz born about 1795 and one mutation away from Zachy, whose ancestor Mordecai Pikholz was born about 1805. We are not certain of the precise relationships among those three, though the two younger ones are probably brothers.


The three of us have reasonably close Y matches with two men named Spira and one named Spiro and it is clear to me that we were Spira before we were Pikholz. The question is, how long ago.

The  above chart shows the number of mutations between each pair of testers, for 37, 67 and 111 markers.

My guess was that we split from the other Spiras about nine generations ago. (There are no significant autosomal matches within the group of six.)

Last week, I saw another Spira descendant with a match to us. Like "Z-man," this new tester (who has not yet given permission to cite him by name) did a Y-37 test and he matches the same way that Z-man does. He has not done an autosomal test, but I have asked both him and his first cousin once removed to do that.

This is the new chart.

Upgrading both the new tester and Z-man to Y-111 might give us a clearer picture. If, for instance, they (or one of them) is closer to us than A. Spira and A. Spiro, it would tell us a bit more about the likely timing of the "split." It's time we think about doing that.

Housekeeping notes
I had a nice group at the meeting of the Rishon Lezion branch of the Israel Genealogical Society. 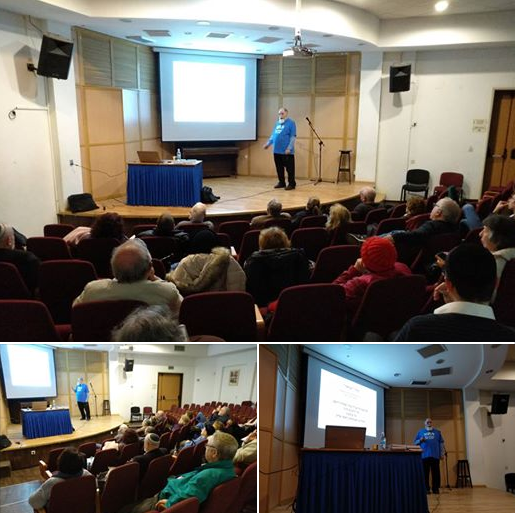