The Race of My Grandfather

Last  week, Whoopi Goldberg - a celebrity whose birth name is Caryn Johnson - created a fuss by saying on television that the Holocaust was not about race. This is a remarkably ignorant claim, considering that the person behind the Holocaust said himself that he wanted to destroy the Jewish race.

Surely everyone reading this in real time will have heard this story. Perhaps it is sufficiently scandalous that it will be familiar to readers decades from now.

But I am writing this not because a celebrity - whose main claim to fame may be the absurd name she chose for herself, complete with a typically Jewish surname - was (perhaps still is) so obviously ignorant. I am writing this to make one small observation about the Jewish condition, having married amongst ourselves for hundreds of years.

Meet my maternal grandfather, Rachmiel ("Raymond" in the US) Gordon. He was born in 1886 in Dolginov (aka Dahlinav) Lithuania. His male-line ancestors had lived in the area since at least 1700. (I cannot speak for his maternal ancestors, most of whom we know only by their given names.) 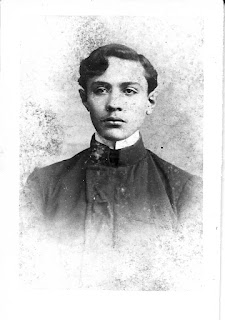 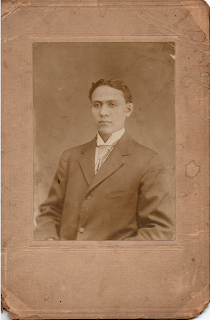 That is what he looked like.
This is how the US government saw him when he registered for the Old Men's Draft in 1942.

Although he owned a successful business, he really didn't read or write English. I do not assume he actually read the description.

Jewish race, yes. We earned that.

White? Not then, not now.