I posted Thursday about my week in Pittsburgh, neglecting to mention that this was probably my best ever visit with Aunt Betty and Uncle Ken.

This has been a different kind of conference for me than in years past.

I was surprised to find that most of the people I talked to here had never heard of GRIP, so one day I skipped my new set of "I LOVE ENDOGAMY" T-shirts and wore the shirt we got from GRIP. The rest of the time was the new T-shirts except when I spoke, which was shirt and tie.

I spent very little time with my Galizianer friends, spending more time with the blogger crowd. There were a few meetings that I was invited to - bloggers, media etc - and I saw alot of the same people at each. I also attended the talks of several of them. These included people I have known somewhat over the years but also some younger ones who have become Facebook friends in the past months, including two with Pittsburgh-area ancestors.

At one point in one of those meetings, I was exchanging Facebook direct messages with someone who was sitting three seats away from me, like the modern version of passing notes.It was like I was seeing for the first time how the younger generation works.

I am not going to review all the lectures I attended. The lectures are availble for purchase and enough people blogged talks in real time - here, here, here and here, for instance.

There was one prominent blogger from the general genealogy community who was here for the whole conference, typing away all day. James Tanner is said to be the most prodigious of the genealogy bloggers and some of his children have followed him into the field. I had not been familiar with his work until now.

Wednesday evening, I had the privilege of spending two and a half hours with Kitty Munson Cooper and Gaye Tannenbaum, talking tools for DNA analysis. Kitty has written a few tools herself and is well thought of in the general DNA genetics world. Kitty will speak to the folks at GEDmatch about creating a tool which would have specific relevance to my own work.

I know Gaye's name because she co-authored one of several articles by Dr. Jeff Paull, for which I served as a pre-publication reviewer. Another in that series is due out in the Fall Avotaynu.

And I spoke with Alex Denysenko about some record sets in Podolia, particularly Nemirow. Unfortunately, those end in 1852, while I want 1865-1880. He will check about census records, which should serve a similar purpose in my Pikholz research.

I was involved in two presentations - a panel and a lecture.

The panel was on Monday afternoon and was called "Internet Collaboration: How Do We Share Our Family Trees Online?" The concept began as a pro or con debate on Geni.com and programs like it and took off from a presentation at the conference last year. I discussed this at some length a few months ago. The panel ended up a bit more generic with each of three debaters explaining how he brings his family tree to the attention of the general public.

We were told to write up a full text of a fifteen minute opening, then ask each other questons. I wrote up my fifteen minutes a few weeks ago, but when I looked it over, it seemed more like an article than a talk. Although I speak reasonably well from notes, I have never actually written a speech and this did not sound like one.

I took advantage of being with Uncle Ken in Pittsburgh and we went over it in quite a bit of detail - until 11:30 at night, way past his usual bedtime. I made some changes in the text, but most of the change was in the way I spoke and the way I listened to myself - both thanks to him. Uncle Ken has been mentoring graduate students art Pitt since his retirement twenty-five years ago, so he knows whereof he speaks.


I also spoke Wednesday morning on "Beyond a Doubt: What We Know vs. What We Can Prove," the same title I used for a similar talk at the DC conference three years ago. I was once again introduced by my good friend and colleague Renee Steinig and the talk went well. Turnout was not what I had in the much smaller room in DC, but you can only control so much.


The handout for that talk can be found here.

Following that talk was a bit of unpleasantness. I was scheduled for 9:00-10:15, with the last fifteen minutes for questions. But there were few questions, so we ended ten minutes early. I was still at the podium with ten minutes left on the clock, when the speaker scheduled to follow came up and ordered(!) me off the podium so she could set up. There may be ramifications to this going forward.

I attended three talks on publishing. Tammy Hepps presented her Treelines program, which serves as an online tree, but with a story-telling capability.  Very impressive, but it looks like a lot of work. Perhaps If I had an assistant, I'd have a go at it.  Treelines is not a finished product and we should expect it to become a pay site when it is further along, though Tammy says that those who join now will be grandfathered in free. It is an impressive piece of work, even if it may not be right for me. 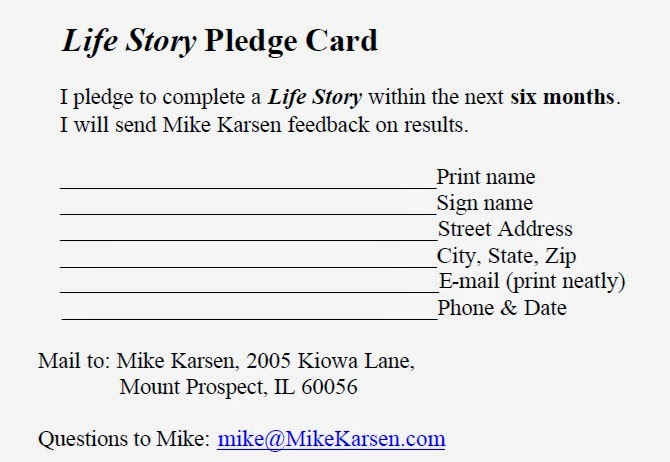 Mike Karsen spoke about publishing actual books, but in small bites. One part of the family at a time. He has an actual Pledge Card where people promise him that they will publish something within twelve months, in exchange for various goodies from Mike himself.

Part of the idea here is that once you have done one, it becomes much easier to do others.

This is an excellent idea and a very good way to approach publishing, but here too, I don't think my schedule is up to it.

Finally, Marlis Humphrey, the President of IAJGS, gave a talk about publishing online. Clearly the wave of the future, but just as clearly, too much for me, at least right now.

I attended Martin Fischer's lecture "Finding Living Relatives: Techniques for Discovering Previously Unknown Mishpoche." One of the questioners afterward  said that he has overcome reluctant relatives by sending them incorrect data about themselves, which almost forces them to set the record straight. (making a woman older than she is, for instance.) This got lots of laughs and applause as it is clearly one of the more efficient ways to address this phenomenon.

However, I have seen more than one discussion - I don't recall if on JewishGen or on non-Jewish sites - where everyone agreed that this is unethical.

I posted about this on Facebook and got quite a few comments, mosty objectng to the questioner's suggestion. My son, who studies Jewish law on such things, says that is definitely improper.


At the last lecture I attended before leaving the conference, I found myself sitting next to my MtDNA match that I wrote about four months ago.

I am pleased to say that there was a minyan three times a day while I was at the conference. The food, on the other hand, did not give us the idea that there is a vibrant Jewish community in Salt Lake City.

Housekeeping notes
* The photo from the panel debate was taken by Lara Diamond and graced her blog post here.

On either end of the Conference, I got to spend Shabbes with my son and his family in Chicago. (Number two son is away at camp.) 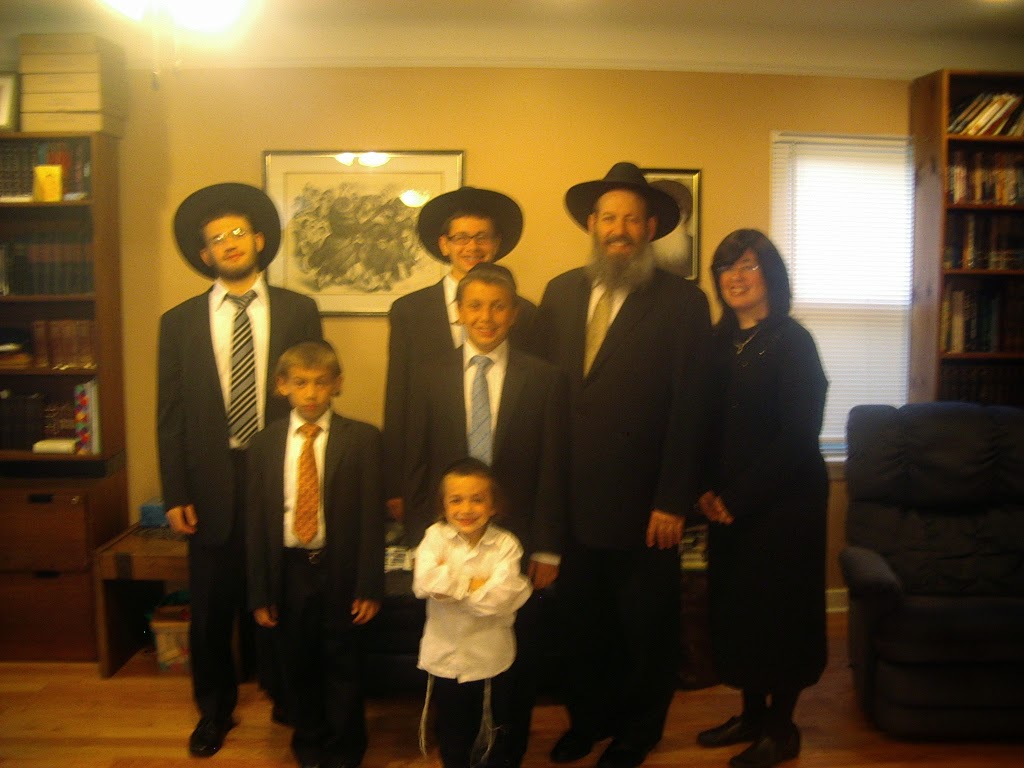 Monday the eighth of Av and we are going into the Tisha beAv day of mourning. May everyone have an easy and meaningful day and may this be the year that this day of national mourning becomes one of rejoicing.
Posted by IsraelP at 12:14 PM