The Parents of the Mościska Fathers

A few weeks ago, this dropped into my inbox.

As is my wont, I had a look, using the "Records added" option and choosing "in the past month." 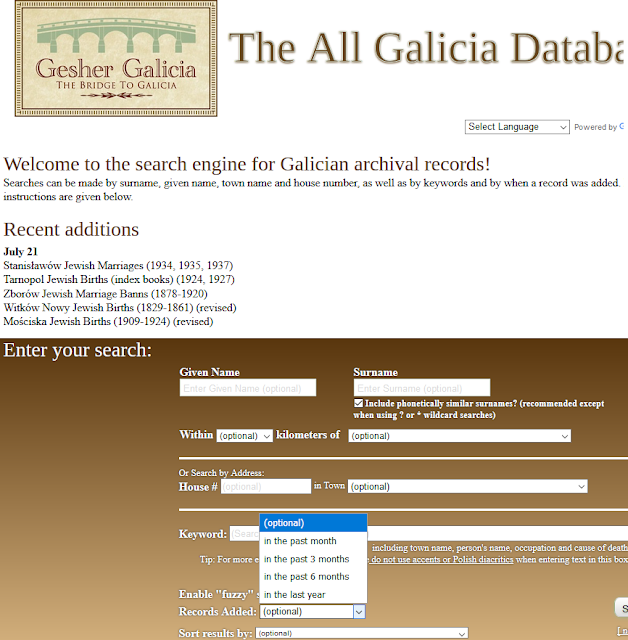 The search produced two results, both in Mosciska (also known as Mostyska) which is about a third of the way from Przemysl to Lwow. It is not a town where I have ever seen any Pikholz.

The results included a major surprise. Look at what I marked in red. 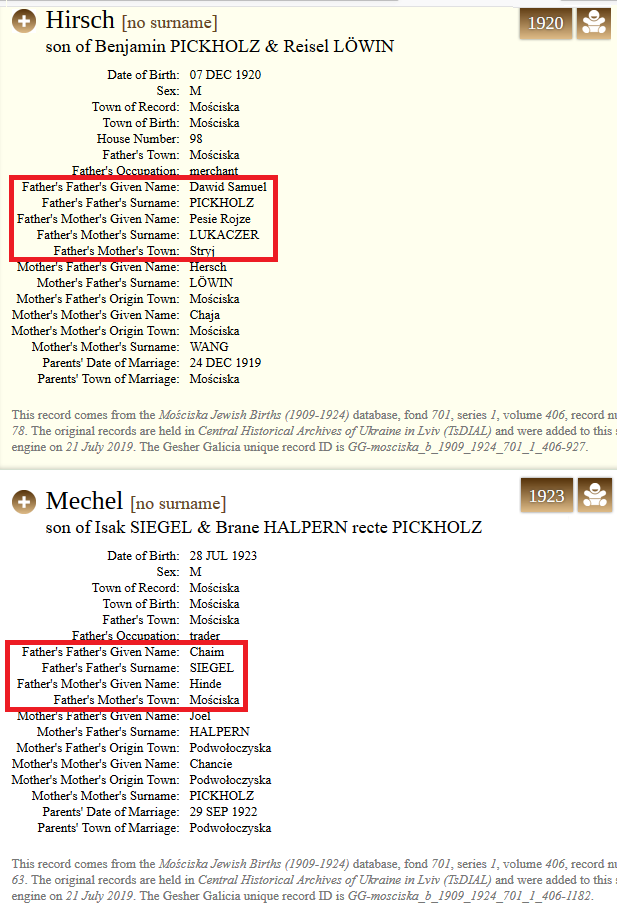 The standard Galician birth records list the parents of the mother - and in Lwow the mother's mother's birth surname, at least in some years - but nothing about the father aside from his home town and occupation. But look at what we have here.

In the first record, it shows both of the father's parents, with given names and birth surnames, as well as the mother's hometown. But oddly, not the father's. It also tells us where the parents of the child were married. The second record has all that, except the mother's surname.

This is a very big deal and I have not seen it in any other towns. There are not a lot of Mosciska birth records in JRI-Poland but the ones I found in the early 1900s had this information as well. So my impression is that this is a local custom, rather than one that simply showed up after the First World War.

How I wish we had those in Rozdol, Skalat and elsewhere!

In the case of Hirsch, the son of Benjamin Pickholz and Reisel Lowin, I did not know the parents of Benjamin. I have a birth record for Benjamin and did not have a wife or children for him. Without the paternal information in Mosciska, I would have had no way of identifying the one in this birth record as the one in the 1893 Rozdol birth.

The second record is from the Skalat part of the family. I know the maternal grandmother; she married in Podwoloczysk and her Pikholz mother was from Husiatyn. In fact, I already have both her 1893 birth record and her Podwoloczysk marriage record. This new birth record, from Mosciska, gives us the son Mechel.

Mechel's mother Brane has three grandchildren here in Israel and this record has given me another opportunity to break their collective silence on all things genealogical. One was once a neighbor of mine and all he was willing to say is "We are not from Galicia, WE are from VIENNA!".

Housekeeping notes
1. I shall be in the US for two weeks, beginning two weeks from now, visiting some of my elders. I have one presentation planned and two or three others pending.
22 August 2019, 6:30 – Jewish Genealogy Society of Pittsburgh, Multi-purpose Room of the Heinz History Center Why Did My Father Know That His Grandfather Had An Uncle Selig?

2. Family Tree DNA is having a sale through August. Here are the major discounts. There are additional discounts on upgrades. 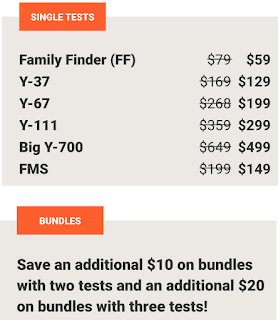