It's Time To Go Home


I was in high school when I decided (maybe "realized" is a better word) that I wanted to live in Israel. I came for a year on kibbutz when I was nineteen and stayed most of a second year, in Jerusalem. Then went back to the US to prepare myself for aliyah. I felt it was the right thing - the only thing - to do.

I arrived back in Israel on the eleventh of Tammuz, forty-six years ago.

During those four years in Chicago, I became a member of a gar'in, a group who were planning to live on kibbutz together. Most of those were people I knew.  We were assigned to Kibbutz Alumim, in the south, abutting the Gaza fence. 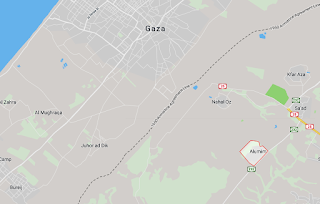 Things were different then. Of course Gaza was hostile and the army checked the fence daily, but during the watermelon harvest, we drove into Gaza on tractors, pulling loads of watermelons to the packing facility on the other side.

Those days are long gone, of course, as are my own days on kibbutz. I was there two years, which included six months of army service (artillery) to prepare me for reserve service which didn't fully end until I was fifty-six, by which time my service was driving a jeep for combat troops in the Judean Hills. The last years, I served as a volunteer because I thought it was the right thing to do.


Back in my artillery days, we generally did - in addition to training - about three weeks each year patrolling in Gaza, including in Gaza City itself. We could walk freely, with our guard up, in most parts of Gaza. It was rare indeed when we encountered hostile activity. They knew better than to try. 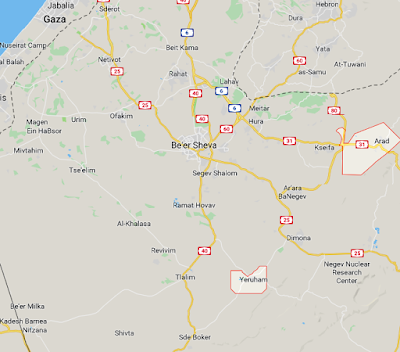 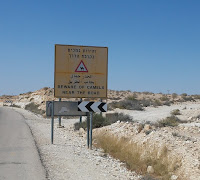 My next stop was Yeroham, a development town deeper in the south. Where the promise of tomorrow was always just out of reach.

I was there for five years, working mostly in the Beer Sheva offices of a company whose chemical plants were at the Dead Sea and nearer Beer Sheva in the middle of nowhere. "Nowhere" being the desert, but it was becoming home.

That was followed by eleven and a half years in Arad, a much larger town - now a city - east of Beer Sheva. And I spent more time in the desert and on its roads. The paved and the unpaved.

Occasionally I would pick up hitchhiking elderly Beduin men and a couple of times Beduin stopped to help when I had car trouble. 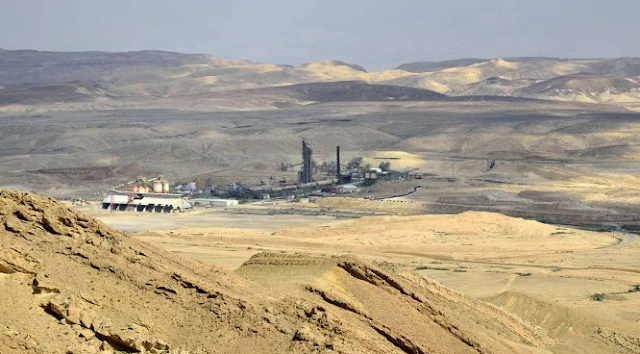 After eighteen and a half years living and working in the south, I moved to Elazar, in Gush Etzion, a bloc of communities about fifteen minutes south of Jerusalem. It is a community where you have to be accepted for membership. I declined.

For sixteen years I lived there while working in Yeroham. Most of the time, I would leave at 4:15 in the morning, drive to Beer Sheva, go to a 5:40 minyan and ride the 6:35 company bus to Yeroham, where work began at seven. There were a few years when I did that only three days a week - the other two days I'd work late and sleep over in Yeroham. 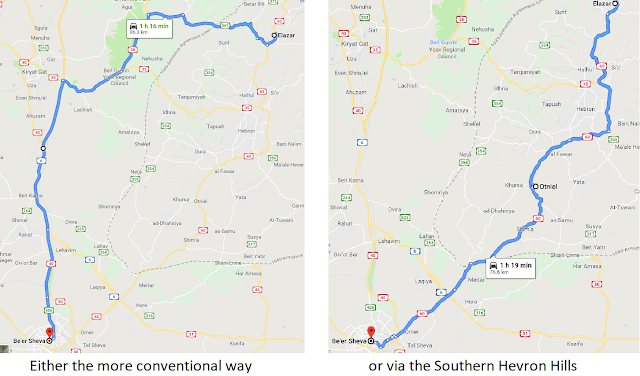 Often I would drive all the way to the office. The road through Susya had all of two stop signs from start to finish. 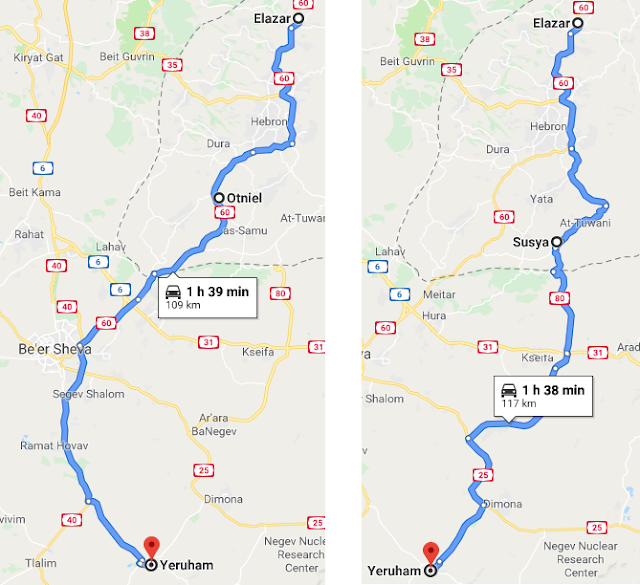 I felt as though I owned those roads of the Southern Hevron Hills. At first, there was no by-pass road and I would drive through the city of Hevron itself, especially when I'd stop to see my mother in Arad on the way home. The early morning fog was mine. The view of the fog from the mountaintop into the valley made Arad look like Teverya on the edge of Lake Kinneret.

During the run-up to Ariel Sharon's infamous expulsion of the Jews from Gush Katif fourteen years ago, I spent some nights and days among the protestors.

I participated in the human chain from Gaza to Jerusalem to protest Sharon's refusal to accept the results of the referendum which had rejected his plan.

I was one of the tens of thousands spending nights and days at the Kefar Maimon protests - and generally I am not someone who attends protests. It was not just that we all knew that Gaza would end badly nor it was simply the government's trampling of democracy; it was also the very fact that our government was surrendering our patrimony.

And I drove in the procession escorting Yochanan Hilberg to his new grave after the expulsion.

Since then, Gaza became what we knew it would become - and worse. Hamas took over, launching rockets and missiles into Israeli communities - most notably Sderot, but also at the smaller communities and at cities like Ashkelon, Ashdod and even Beer Sheva. They used their own civilians - including children - for cover. And they dug tunnels under the border. And we went to war - "Cast Lead," "Pillar of Defense" and "Protective Edge."

In the meantime, I had taken early retirement and no longer drove south every day. On the eleventh of Tammuz, the thirty-fifth anniversary of my aliyah, I became a resident of our eternal capital Jerusalem. I became deeply involved in genealogy and later DNA. Wrote a book. Lectured. Got on with my life.

In the past year, the Gazans have discovered a new weapon, in addition to the rockets and missiles. Balloons and kites, booby-trapped with explosives, intended to kill and maim children as well as adults. And intended to start fires.

It leaves us wondering what can we do. We as a government and we  as individuals. 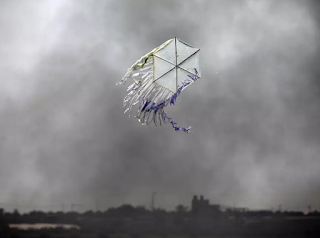 After a brief respite, it started again a few weeks ago. A few people were killed in Israel, including in Ashkelon, a city of about 140,000 people - which for me was always a place to take the kids to the beach. 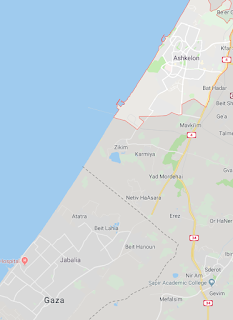 And Alumim's wheat fields burned. The view from Gaza, where the terrorists and their supporting civilian population celebrates. So I decided it's time to go home. South. Ashkelon seemed like a good idea. Considering the decision was making it.

I saw two apartments for rent. Signed on one of them last night. Joined the English Speakers of Ashkelon. Devir gets married in forty days. The mover is confirmed for the following Monday. The twelfth of Tammuz, forty-six years and one day later. Eleven years after arriving in Jerusalem.

This Sunday we celebrate the fifty-second anniversary of the liberation and reunification of Jerusalem. In Psalm 137 we say:


If I forget thee, O Jerusalem, may my right hand forget its cunning. May my tongue cleave to the roof of my mouth, If I do not remember thee, if I do not raise Jerusalem above my highest joy.


All that is true and valid. But I am going home. It's the right thing to do. 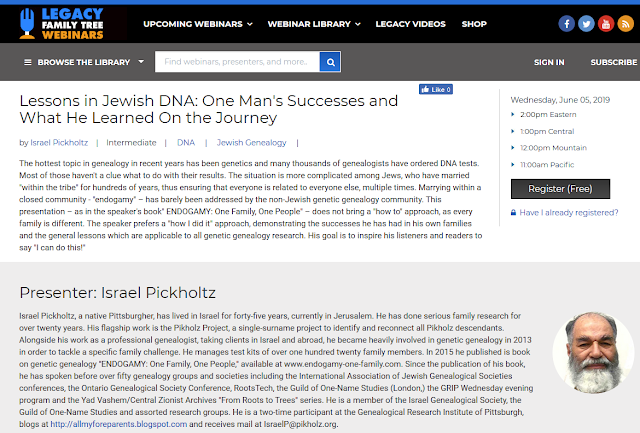