There was not much kosher to eat during the four days in Zilina, so a decent restaurant was high on my to-do list for Thursday evening in Budapest. But first we had to get there. Linda
arranged an Airbnb in the Jewish section of Budapest based on a recommendation from my cousins Maurene and Yehudah Miklaff, but the GPS had other ideas. It sent us to the same address in Budakesci. That put us into heavy afternoon traffic and we arrived an hour and a half late. And parking is a project.

We did visit a very nice restaurant right down the street from our apartment where Cyndi was able to have her vegetarian food while Linda and I split a platter-for-two of mixed meats and such. Nothing particularly Hungarian about it. (In fact there is a kosher Hungarian restaurant practically next door but we didn't find it until it was too late for our stay in town.)

Then Friday morning before services I visited the kosher mini-market around the corner from our apartment and picked up a few things for the remainder of our trip. I attended services at the local Chabad synagogue (as opposed to their "tourist" service held elsewhere) all
weekend. It used to serve the large Orthodox community before the Holocaust. 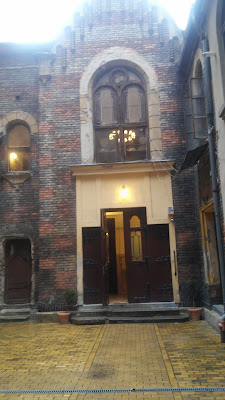 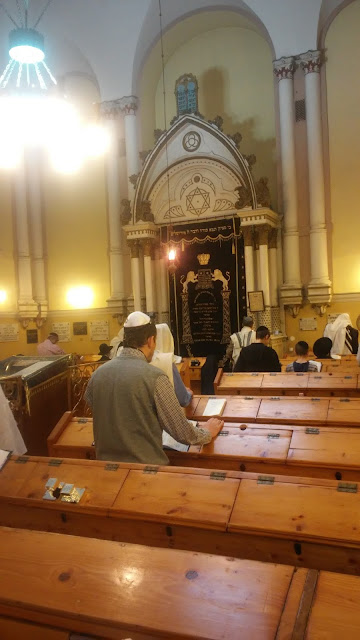 Linda went on a Friday tour which included the Dohanyi Street Synagogue where our great-grandfather had been a member and where Cyndi's great-uncle had served as rabbi. The synagogue is neolog today as it was then.

In the meantime, Cyndi and I set off for the neolog Kozma Street Cemetery. She has great-grandparents and others there from both sides of her family. Our local help was not available nor was the last-minute alternate I contacted, so we were on our own.

Much of the very large cemetery (Cyndi says 200,000 burials) has paved roads so we could drive in. Even the non-paved area had tire tracks indicating that people drove on them as a matter of course.

In this cemetery, I have the paternal grandparents of my father's second cousin Shabtai, whom I have mentioned from time to time in the context of DNA matches. Shabtai's father Zsigmund (Yehoshua) Bauer is the brother of my great-grandmother Regina (Rivka) Bauer Rosenzweig. He died in 1938 so Shabtai would have known him as a small child. We did not expect to find new information on his grave, which is at the back of the cemetery.

Shabtai's grandmother is quite another matter. She died in 1928, before Shabtai was born, and he knows little about her except her name. He does not know her parents names, her age or her date of death (other than the year). What made this interesting to me is that her maiden name is Stern, which is also the maiden name of her mother-in-law. That raises the possibility that she is from the same Stern family, hence family of mine independent of her marriage.

Rozsi Stern Bauer's grave is at the back of the cemetery in section 40. It is badly overgrown. Trees, fallen branches, ivy everywhere. And mud. It had rained at nght and in the early morning, though the rain had stopped just before we set out from the apartment. It was quite a jungle. The cemetery is flat and arranged in rows, but not rows that you can just walk along. We were able to count out row twenty-six but we were not at all sure which end of the row was grave number one. Rozsi is number 49.

After an unsuccessful walk through the row, we came upon two women visiting the next section. They didn't speak English or Hebrew, but called for help in the form of Josef, a cemetery worker on a bicycle. We did our best to communicate with him and Cyndi showed him the grave location on her phone. He showed us the stone row markers which confirmed that we had the right row and together we cleaned off several graves searching for the right one. 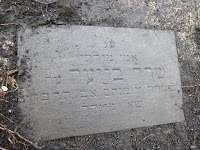 And there it was. Under much ivy and underbrush. SHERL BOYER, died 13 Menahem Av 5688. Mother's name Mindel.

There was a second inscription below, in German, which began BAUER ZSIGMUNDNE, STERN ROZSI. Definitely Shabtai's grandmother. It included the date 29 July 1928 and once again said her mother was Mindel. 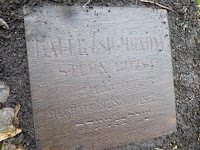 It also told us that she was fifty five years old.. No mention of her father. We cleaned it until we could read it and then Josef brought a large bottle of water and the dingy dark grey became almost white.

I sent the photos to Shabtai in Israel Friday afternoon and he responded after Shabbat. He is very pleased. 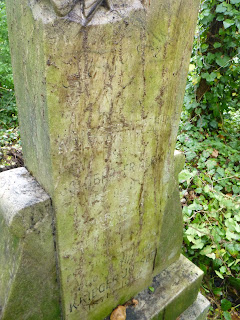 We moved along to section 38 where we easily found Cyndi's maternal great-grandmother in the second row. The tombstone also mentions her husband who died later and their son. All this in German. She had seen this stone before after someone from Find-A-Grave send her a photograph. What she had not seen before was the other side of the stone. 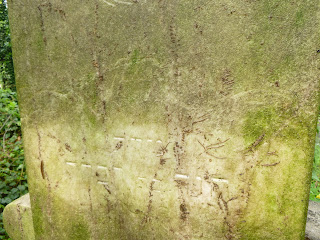 Chava bat Rivka, names that Cyndi had not known before. Chava is Cyndi's mother's name.

Then it got interesting. Zsigmund Bauer, Shabtai's grandfather was way back in row sixty-two of section 38C. Grave 19. The entire area was very dense with vegetation. A veritable jungle. And mud. (By this time, we were both pretty muddy ourselves.) 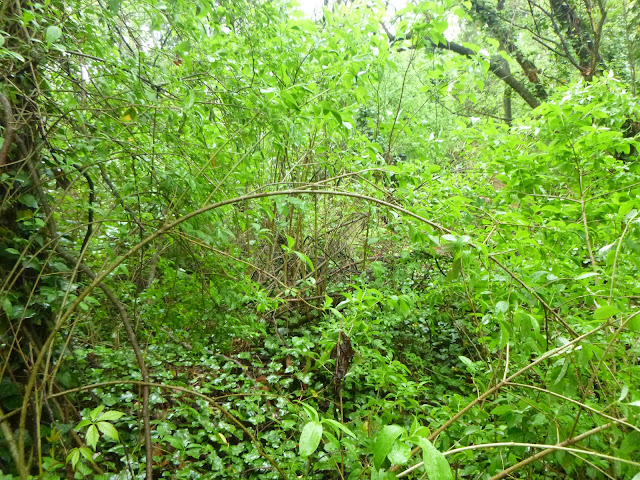 I decided to drive in, looking for row sixty-two. Cyndi thought that was a bad idea, but I was confident. The row markers were missing. 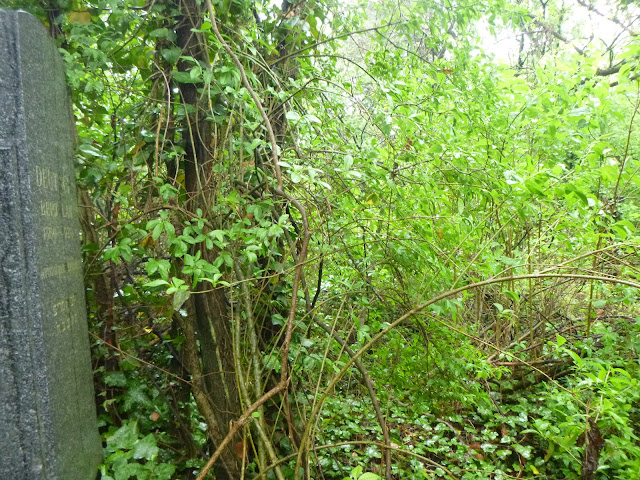 We realized this was not going to work. I tried to turn around and the tires just spun. We tried backwards and forwards. We put sticks under the tires. Cyndi took the wheel and I tried to push. We were at the very back of the cemetery. It was after eleven o'clock. On a Friday. With no language skills.

We walked back to the beginning of the section and saw some other visitors in a car. They ignored us and drove away. We found a cemetery worker who came back to the car with me while Cyndi went off to look for her other great-grandfather.

Back at the car, nothing we tried worked. The man from the cemetery is built like an NFL guard, but his pushing got us nowhere. He phoned another man who came out with a van to use as a tow. Even then it took more than a few minutes, but eventually the car broke free and I backed out some fifty-sixty rows.

I gave each of them a twenty dollar bill. Cyndi thought that was too much but I figured it was worth much more than that to me. This could have been a serious disaster. Often G-d is way better to me than I deserve.

Sunday Linda and I say goodbye to Cyndi as we head south and she stays a few more days in Budapest.
Posted by IsraelP at 11:28 AM