We're Not From Galicia - We're from Vienna

Vienna
One of my favorite ancedotes when talking about my Pikholz research is about a fellow who lives across the road from where we lived until six years ago. His surname is Pickholz and he is about eighteen months older than I. He turned me down flat when I asked him years ago about his Pickholz ancestry. His excuse was "We are not from Galicia, we are from Vienna." Fancy people.

I got no further with his two sisters, who live in the Jerusalem area. We have crossed paths with the families of a couple of his kids as well, and no one has any interest in contact.

Fourteen years ago, I had some correspondence with Mrs. Heidrun Weiss of the Israelitischen Kultusgemeinde Wien (the Vienna Jewish community aka IKG) and she wrote, regarding the father of my neighbor:


"...Pickholz was born in 1919, June 1 in [Vienna] (2nd district, Taborstr.96). Mother Brane, father not [identified]. The birth is not official, that means it never was reported by mother or father, just by the nursing home."

I tried to follow up, but no information was available. So for nearly fourteen years I carried around this Brane Pickholz, probably born in the 1890s and nothing else.

I don't remember how many Pikholz descendants we had named Brane or Breine at the time, but even now we have only a dozen - ten from Skalat families and two from Rozdol. The only family where this name had any prominence is the Riss family, which I wrote about just two weeks ago.

Husiatyn - again
Lately I seem to be coming back to the small Pikholz family from Husiatyn again and again. In March, I wrote a blog post called "The Dead Man in the Zellermayer House" and I decided to expand it into an article for The Galizianer, the quarterly publication of Gesher Galicia. As it happens, the issue with that article came out a few days ago. 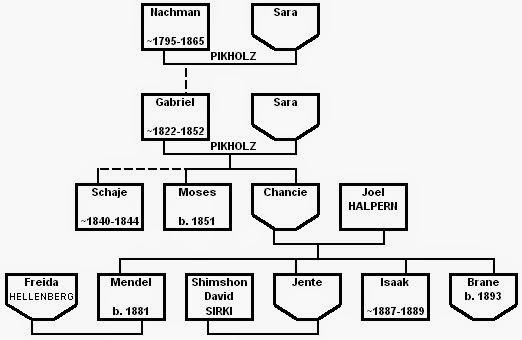 (A smaller version of this diagram appeared here when I discussed the Husiatyn Pikholz family back in January.) 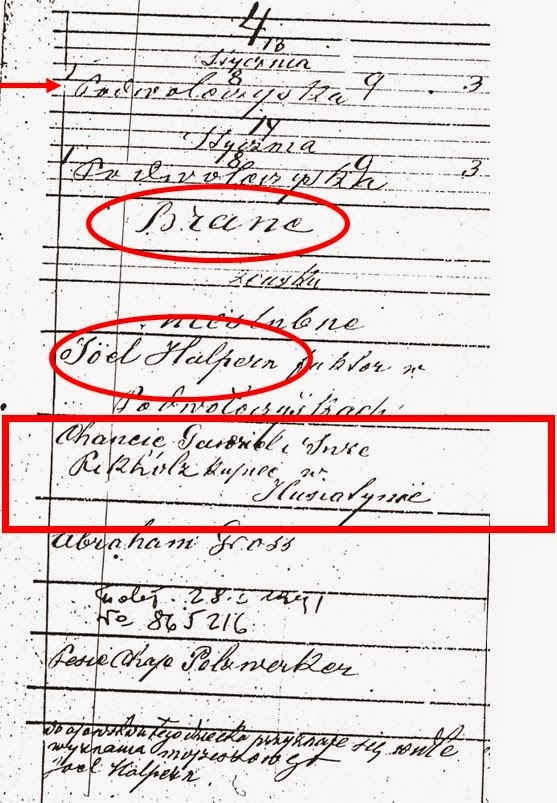 As I reviewed the draft of the article, once again bemoaning the fact that we have no decendants of the two married children of Chancie and Joel Halpern, it occurred to me that perhaps their daughter Brane, born 13 January 1893 in Podwolocysk, just might be our mystery woman who gave birth in Vienna. in 1919.

Back to Vienna
I went back to IKG, asking if perhaps they had anything else on this birth or on the mother of the newborn. I mentioned the possibility that she might be the woman born in Podwoloczysk in 1893, and they came back to me with assorted forms to fill out - who I am, why do I want this information, where will I publish it, etc etc.

The actual birth record arrived some weeks later, and the mother is indeed identified as being born in Podwoloczysk on 14 January 1893. We won't quibble over the one day's difference. 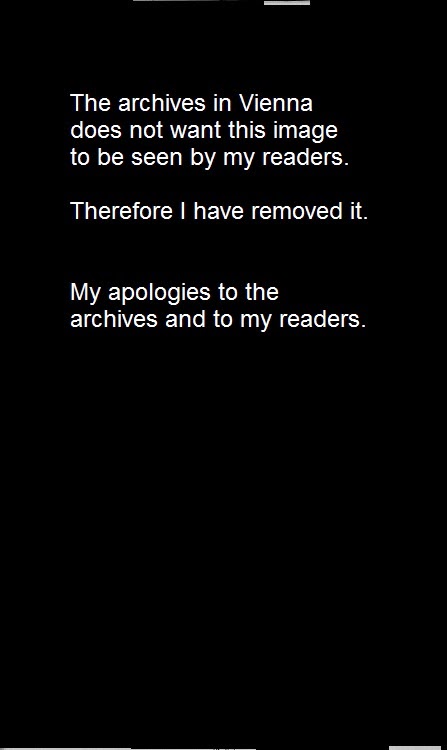 There was no charge, but I sent a donation.

I wrote to my former neighbor and his two sisters on 12 June. None of them has replied thusfar. Wait until they find out I want some DNA.

Housekeeping notes
GRIPitt was wonderful. I had car and phone issues which detracted from the total experience, but that was not the fault of the program.

I gave a talk Wednesday evening on Special Challenges of Jewish Genealogy, which was very well received. Maybe thirty-forty people attended.
Earlier in the day, the rental car broke down while I was at the cemetery. Alamo was terrible about service and the only way I was able to get to my lecture was with the help of the eighty-nine year old woman who lived next door to the cemetery. At seven-thirty she drove me back to the college.