It's Never Too Late 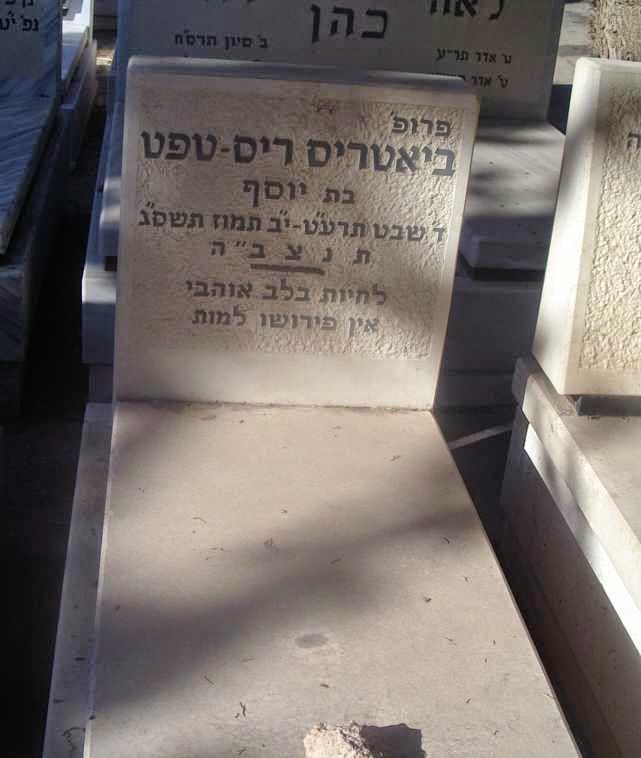 Last Thursday, the twelfth of Tammuz, was the eleventh yahrzeit of Professor Beatrice Riss Taft, the daughter of Josef Riss-Pickholz and Franziska (Freida Beila) Gottesman. Beatrice Riss Taft was born in Vienna in 1919 and is buried in Haifa.

Her father, Josef, changed his name from Pickholz to Riss about the time that Beatrice was born. His parents were Breine (sometimes Brane) Riss and Abraham Ahron Riss (1842-1933). (I'm not certain, but they both seem to have been Riss.) We do not know when Breine died, but we assume it was before the family came to Vienna. She must have been fairly young as there are grandaughters named after her in 1888 and 1889.

Josef died in 1938 and is buried in the same grave as his father. Franziska was killed in Auschwitz and her name was inscribed on Josef's tombstone after the war. 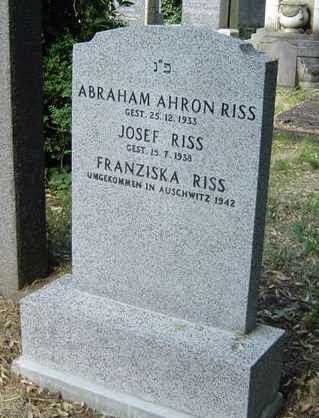 Breine and Abraham Ahron had seven children altogether during the period 1860-1882 and from one of the births we learn that Breine's parents are Rifka Pikholz and Gabriel Riss. We know of no other children for Ryfka and Gabriel and we can only guess at Ryfka's parents. (I have no idea!)

The seven children of Abraham Ahron and Breine are:
But our star today is Beatrice, who married her childhood sweetheart, Markus Taft, in 1986 at age 67 in Indianapolis. 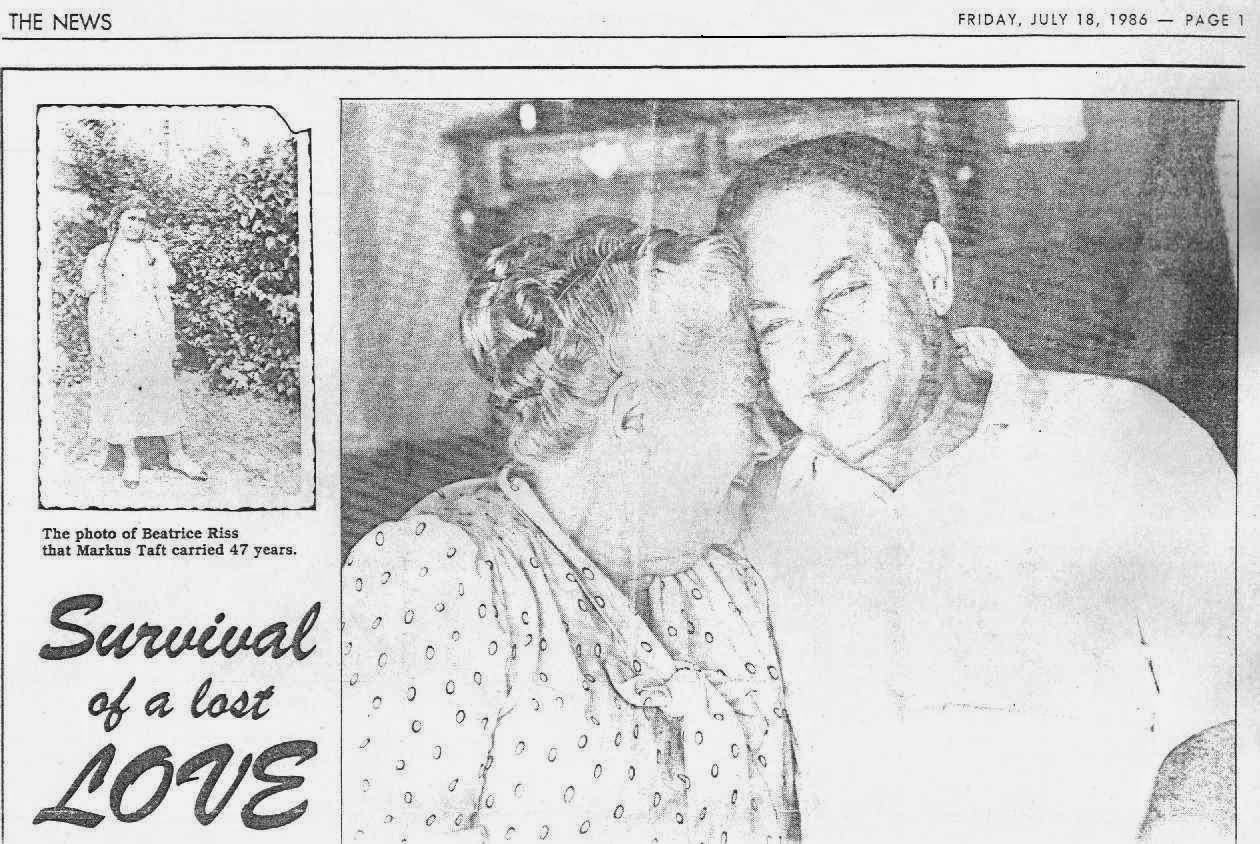 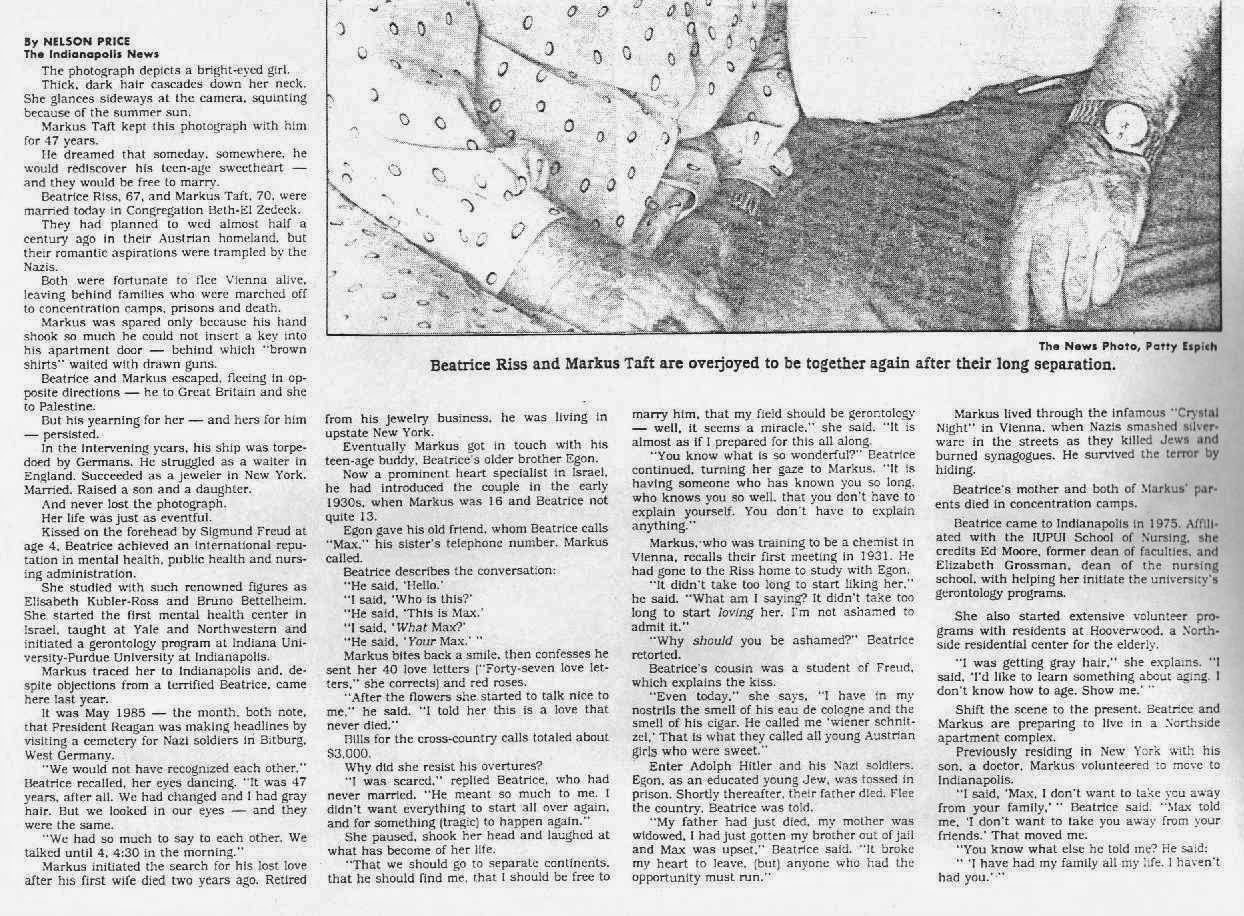 Housekeeping notes
In case anyone was wondering why I missed the last three weeks, my computer crashed and it took three weeks to recover the data. (Thanks to my wife's brother for the recovery.) I was able to work on my laptop, but I was too discombobulated to blog.

I would like to think that I will keep the blog going during the time I am away.

The folks on the Conference Committee advise:


July 25 - last day to register for IAJGS LIVE! if you want your access code in time to view all LIVE! conference programming as it is presented (whether you register for LIVE! by this date or later you will be able to enjoy 60 of the best conference programs whenever you like and as many times as you like until October 31, 2014).