SOME LITTLE PLACE YOU NEVER HEARD OF

Three years ago this week, we marked the completion of the annual Torah cycle from the time we moved to Jerusalem one year earlier. And for the first time since we moved, we went away for Shabbat. To Tel-Aviv. A hotel near the beach. It was part of the conditions that had come with my early retirement package.

There was nothing memorable about that Shabbat, except that the knee problem I had been having for six months seemed to have worked itself out. And of course the story I am about to tell.

There was a minyan in the hotel, but after I went Friday night, I decided to go elsewhere in the morning. We were quite near a large shul on Ben Yehudah Street, so I decided that would be my best bet. It is a large, well-kept building with a full program of services and classes, but as far as numbers of people, it had clearly seen better days. They had two minyanim and I went to the later one.

There were maybe thirty or thirty-five men but the very large space looked empty. I sat in one of the back rows. There was one older man in the row in front of me, a larger group near the front and others scattered about. Not much in the way of young people, but there were a couple of fathers with sons.

The man in front of me had a thick accent and at the end of the services, I asked him where he came from.

Me: Where are you from before New York."

Me: Where in Slovakia

HIM: Some little place you never heard of.


Me: My wife had family in Vidrany. [Used to be a separate municipalityy, but now part of Medzilaborce.]

HIM: What was their name?

Me: Her grandfather was Mendel Baum. Schmiel Baum was his younger brother.

HIM: Schmiel Baum was a friend of my father. He used to cut through our yard on his way to shul, then stop for kiddush on the way home. 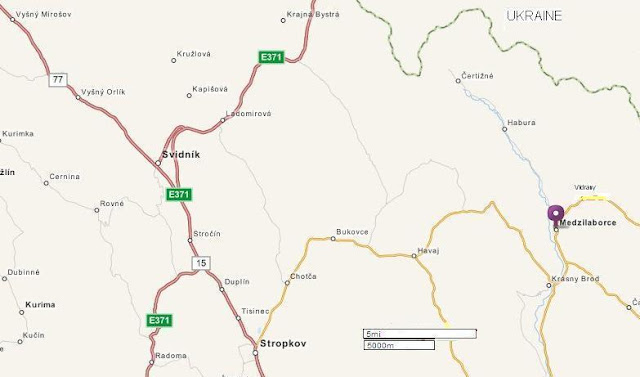 He spoke of being a teenager and of having known the Baum family, at least those of them who had not previously left for the US.

(In fact, Schmiel Baum had gone to the US himself in 1901 at age twenty-five, probably intending to bring his wife and three children later. When he was there he saw how his brother Solomon had "adopted American ways" and, horrified, Schmiel returned to Europe. Three of his eight children went to the US before WWII and one went afterwards as a refugee, but he and his wife Chana and their other four children were killed.)

He and I spoke a bit longer and each of us went back to his own hotel.

That evening, we went over to visit with him. He had gone to the US, raised a family, done very well financially and written a book about his life. He visits Israel often and in this particular instance, was here to see his grandson complete his officers' course.

Every once in awhile, someone says "some little place you never heard of." I love it.
Posted by IsraelP at 12:00 PM