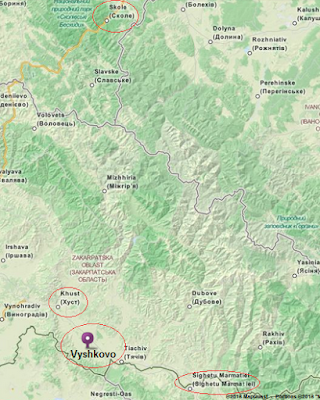 Nearly three years ago,  I posted a bit of speculation whereby our Pikholz families -  both the Skalaters and the Rozdolers - came to Galicia in the late 1700s from Visk, in Maramaros County Hungary. This town is now called Vyshkovo and it is in Ukraine, just north of the Romanian border. Khust is 10 miles NNW and Sighet is 23 miles ESE. I don't know much about this mountainous area of Sub-Carpathia, though one of the outposts of our Rozdol family, Skole, is only 68 miles to the north.

The speculation was based on the fact that a Hungarian (non-Jewish) family named Pikolcz lived in the town. They were landowners - some kind of minor nobility - who had fallen on hard times and I wondered if perhaps our family had lived on their lands and when required to take surnames, took Pikholz as their own.

There are no records for Vyshkovo for that period so the whole thing was left in the realm of speculation these past fifteen years.

For the past few months, I have been watching in awe as my friend, colleague and sometimes collaborator Lara Diamond blogs week after week at Lara's Jewnealogy about her families' records. It seems like every month she adds another ancestor. (When is the last time I did that!) Most of the events in her records were after 1895, but some were records that documented births decades previous. I knew that the towns she was looking at are in today's southwest Ukraine, but had once been Hungary and Czechoslovakia.

When I told her my Vyshkovo story, she said that not only are her two primary towns very close to Vyshkovo ("right across the river") but that quite a few of them were for people named Pikkel. Maybe these folks had something to do with me. Maybe if we actually lived in Vyshkovo, we were one family.

Lara had transcribed the records into a spreadsheet. They included 102 Pikkel birth records, twenty-six marriage records and and forty-six death records. Almost all of them were from the towns Vajnag and Talaborfalva, now known as Vonihove and Tereblya. Talaborfalva is nine miles from Vyshkovo and Vajnag is maybe half that. Though it no doubt seemed like longer considering that they had to get down from the mountain. 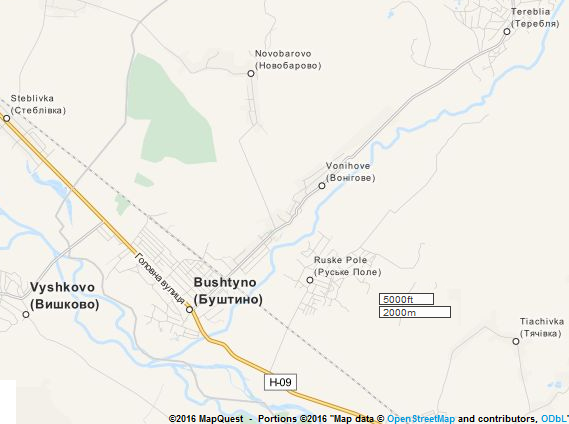 I entered all of those plus the entries in the JewishGen Hungarian SIG database and at that gave me a total of seventy-four men and sixty-four women with the birth names Pikkel or variant spellings. After sorting out the relationships as best I could, I have eighteen men and twelve women from Lara's lists whose parents are thus far unknown, plus another fourteen from the JewishGen lists. The rest I was able to organize in to families. There is nothing in the way of given names that indicates a connection to our Pikholz families, but there wouldn't be since we would have long gone our separate ways.

I did nothing more than glance at Yad Vashem or American records, or even the post-1895 Vyshkovo records - there is time enough to do that if this pans out. The new Yad Vashem site is not working well, but I looked for people named Pikkel who submitted Pages of Testimony for other people named Pikkel and there are twenty-eight of those. I hoped that would give me some candidates for Y-DNA testing since I have very clear Y results for both our Rozdol and our Skalat branches.. So far I have one candidate in suburban Chicago, whose phone goes to voice message.

I also wrote to about ten Pikkel on Facebook, with one response so far. He is not relevant.

And I succeeded in contacting one person who had submitted a tree on Ancestry. He referred me to a family member in New York State who confirmed that her family is from Vajnag, but so far no Y-DNA candidate.

So this is all very preliminary. But I find it quite exciting. More as it happens.

I'm off to London and Toronto on the first of June. (Looks like I may need a sweater and a raincoat.) The offer to order (signed) books for pick up in those two places expires 30 May. The savings in shipping is significant. Order here.

The summer is falling into place. I'll be speaking in Buffalo Grove Illinois, Baltimore, Fairfax Virginia, Charlotte and Durham North Carolina, Cincinnati and perhaps another venue or two, before heading to Seattle for three presentations at the IAJGS Conference. See details here.

You can order books for Seattle pickup here. I'll have books with me at the other venues.


I shall also be giving an evening presentation during the Genealogical Research Institute of Pittsburgh (GRIP) on 20 July.
Posted by IsraelP at 7:12 AM