The Genetic Genealogy of Our Heirs

To mark the twenty-fifth anniversary year of the Jewish Genealogical Society of Great Britain, the August issue of their magazine Shemot included essays by a number of genealogy researchers on what to expect in genealogy twenty-five years hence.

I was asked by their editor, Jessica Feinstein, to contribute to this issue.

My contribution follows. The paragraph breaks are not how I planned them but everything else is pretty much as I wrote it. 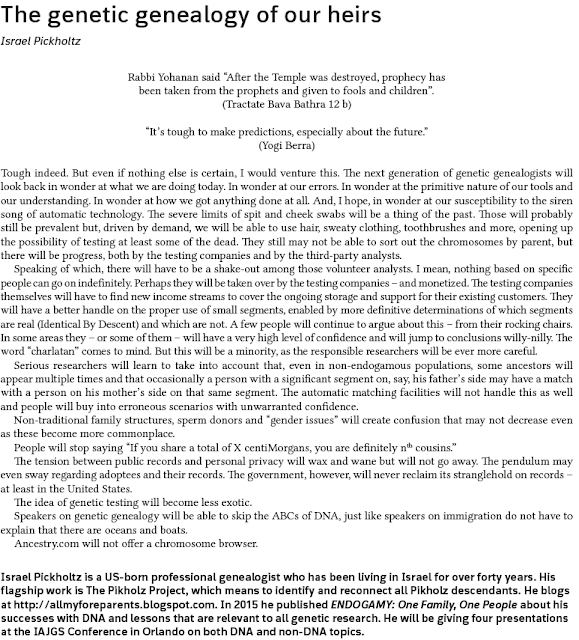