Violating My Own Rule? - Mina's Parents

Israel's Rule
There is a presentation that I have given a few times and will be reprising (with updates and revisions) at the IAJGS Conference in Orlando, called


Beyond a Doubt: What We Know vs. What We Can Prove

which explores the question "What do you do when the hard proofs just aren't there, but you are as sure as you can be what they would show if you could find them?" An integral part of that presentation is this slide. 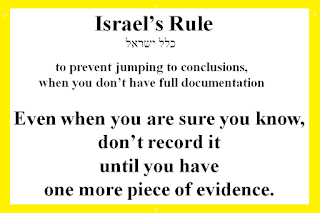 That "one more piece of evidence" is often no simple matter. 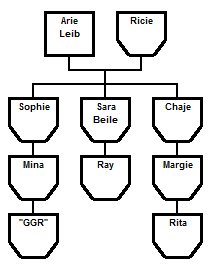 Rita and I go back to the beginning of the Pikholz Project. Her Pikholz family is from the Skalat area, like mine, and she knew most of the descendants of her great-grandfather Arie Leib Pikholz and his wife Ricie Epstein, including those here on the right.

Sara Beile, also known as Soltche, went to the United States in 1907.

In the meantime, Sophie's husband died and eventually the two sisters, each with a daughter, sailed to the US on the Aquitania, arriving at Ellis Island 22 February 1921.

Note that Sophie and Mina are Pickholtz. That's because Sophie's husband was her cousin, Solomon Pikholz. Ray and Mina's daughter "GGR" (the fake name she used on her DNA test) thought that Sophie and Solomon were first cousins, but there was no documentation and no one had any idea who his parents were. 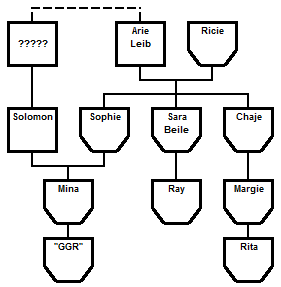 That's how this has stood for years.

Solomon and Sophie get married
Last week, Mark Halpern announced some new records in the JRI-Poland index and while looking at them, I noticed some records that I had downloaded earlier but had not gotten around to recording - or even looking at.  This, for instance.

Hey, I know these people! Not only that, but I know him from before.

And the same father acknowledging paternity.

We have two older sons for this couple, both known only by their death records - Jacob who died in 1900 at age 34 and Isak who died in 1882 at age ten.

Based on the eldest known son's birth in 1866, Ojzer was probably born about 1841. As it happens, we have no other Ojzer, but we do 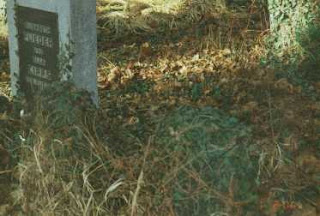 have an Ajzer, who died in Vienna 21 April 1893 at age 51. So he was born about 1842. Vienna records show he was from Kozivka, which is where Arie Leib's family lived.

He is buried in an unmarked grave.

So it looks like Arie Leib's mystery brother is Ojzer, buried in Vienna. What's the story? The family moved to Vienna, the father died and the son went back to Galicia to be raised by a family member? Maybe that'e why Rita's cousin Benny (Ray's brother) "knew" that Solomon's father was Arie Leib's brother Simon. Because he raised him? Simon had a son Ojser born 1893 in Kozowka, so that actually makes sense.

"My grandparents were cousins"

When I first met some of the Rozdol Pikholz descendants, they all knew to tell me that their grandparents, Berisch and Golda, were both Pikholz. First cousins, in fact.

But as I proceeded to document the family, that turned out not to be the case. Isak and Pinchas were not brothers and their wives had nothing to do with one another or with the Pikholz family.

Isak's parents are Dawid and Serka and Pinchas' parents are Hersch Leib and Sara. Berisch and Golde are not first cousins. They may well be second cousins, but I cannot even prove that beyond a doubt. 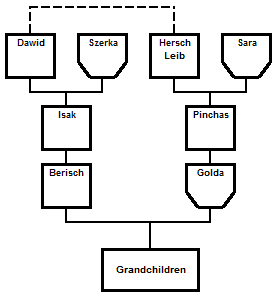 Which brings us back to Mina's parents Sophie and Solomon. Everyone says they were first cousins. But maybe not. No one - except Mina as a child - knew Solomon, who had died in Europe. Maybe "cousins" was understood to be first cousins but was actually second cousins or first cousins once removed. Or even uncle and niece.

More than likely they were indeed first cousins, but as I say so often, once I write that down, the subject will be closed and no one will even re-examine it. So which of these do I choose? 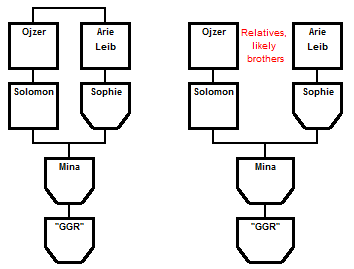 Even if I am really really convinced, my own rule says "one more piece of evidence."

Might DNA help?
There are three people in this close family who have done autosomal tests - Rita, Mina's daughter "GGR" and Ray's daughter Thelma. Before we factor in Mina's double dose of Pikholz DNA, the three are simply second cousins to one another. GGR is also a third cousin to the other two.

The wiki at the International Society of Genetic Genealogy (ISOGG) tells us that a typical second cousin match would be 212.5 cM. All three matches here are well above that, moreso than I would expect from second cousins, even in an endogamous population.

I am in the midst of preparing some new statistics from my own families for Blaine Bettinger's Shared cM Project, and of seventy-three pairs of known second cousins, I am seeing an average of 395 cM total and an average longest segment of 50 cM. Rita's match with GGR is 30% above my average for total cM and Thelma's two matches are very close to my average.

So GGR's double dose of Pikholz DNA does not show up at all with Thelma and I really cannot say if the 513 cM that GGR shares with Rita says anything about the degree of cousinhood of GGR's grandparents. There is nothing here that qualifies as "one more piece of evidence." But I have no idea where such evidence might come from.

So although I now know that Solomon's parents are Ojzer Pikholz and Chaya Dwora Zlotnik,  I cannot in good conscience say that Ojser is definitely the brother of Arie Leib. Though I am pretty sure he is. But both Rita and Mina's grandson are really quite certain they are, so I guess I will go with it - rule or no rule.

As an aside, Rita wondered if the 1914 marriage was an actual marriage or just one to "regulate" an earlier Jewish marriage, perhaps in preparation for emigration. (After all, Mina was born in 1903!) This is easily settled.
Solomon's 1909 passenger list says he is married to Sophia and he is going to his sister-in-law, Soltche. So Solomon and Sophie were married by 1909 and the 1914 marriage was indeed a formality. Rita says it probably had to with his having been drafted and she needed the formal marriage to get spousal benefits.

Housekeeping notes
Dates and times for the 37th IAJGS International Conference on Jewish Genealogy have been published. Here are mine.