A few days ago, I explained why I am now convinced that my second great-grandfather, Izak Fischel Pikholz, is the brother of Mordecai Pikholz who was born about 1805. With that, the heads of the Pikholz families from Skalat set up like this, including the names of their known children.: 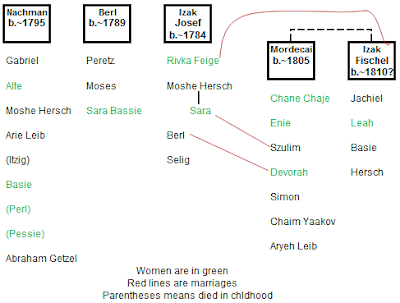 As I wrote then, "I cannot prove it, but I am quite convinced ... I will not write this in my database, except in the comments, and I will not draw a chart with solid lines. But I think and believe it to be the truth." 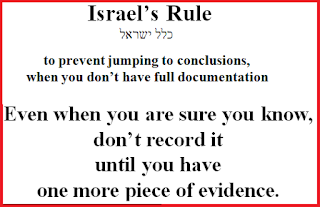 I have a lecture called "BEYOND A REASONABLE DOUBT What We Know vs. What We Can Prove." In it, I advance this rule (on the right):

The idea that Mordecai and Izak Fischel are brothers is not proven and does not even rise to the level of "What I Know." It needs more that just "one more piece of evidence." So what follows here is based on conjecture. But since I think and believe it to be correct, it is worth recording what follows from that conclusion.

So who is the father of Mordecai and Izak Fischel? He cannot be Nachman who would have been only about ten years old when Mordecai was born. He is highly unlikely to be Berl, who was about sixteen when Mordecai was born - but I see no connections between these two families. It could be Izak Josef, who is old enough and the families appear connected, but IZAK Josef would not have had a son IZAK Fischel and in any case Izak Fischel was married to Izak Josef's daughter.

Well, first of all there is this.

Leib Pikholz, a sixty-four year old "shop assistant" died in house 198 in Skalat on 24 February 1844. This is the only mention we have for this man. Born in about 1780, he is an excellent candidate.

However Mordecai's son Aryeh Leib's second child was born about 1856, so that Aryeh Leib would have been too old to have been named for a man who died in 1844. 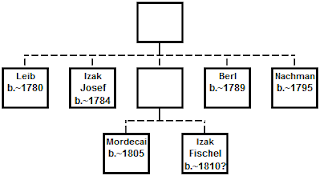 It is probably a good assumption that the father of Mordecai and Izak Fischel is a brother of Nachman, Berl, Izak Josef and this Leib, so the structure looks like this, with two prominent missing names.

There is another thing to consider. There are additional Pikholz families from Skalat, families we can trace back only as far as 1840-1880. There may be clues among them about those early names.

Four of those families have known living descendants. So going from left to right...

Wolf is not a name we know in the Skalat Pikholz families, so that does not point anywhere. He has a granddaughter here in Israel whom I hear from from time to time, but she knows nothing about her family as her mother died when she was fourteen months old. She has politely declined my repeated requests for DNA.

Yaakov the son of Leib was born about 1870. I have met two of his granddaughters here in Israel. A great-granddaughter in Arizona is a participant in our DNA project, but there are no significant matches with other parts of the family. This Leib may have been born in the 1840s and my guess he is that he is a grandson of Leib 1780-1844.

Israel has living granddaughters (first cousins) here in Israel who are singularly uncooperative. Their DNA would be valuable. Jachiel's three daughters went to the US and I am in contact with grandsons of two of them. They have given me DNA and I fully expected that they would be DNA-compatible with Mordecai's descendants.They are not. Nor do they appear well connected to anyone else.

Esther married Markus Stern and most of that family went to the US before WWI. I am in contact with one great-granddaughter who keeps promising to give me DNA and contact information for some of her cousins. I asked again about ten days ago.

There are also a number of families with no known living descendants.

Kopel has known descendants up to the Shoah but nothing pointing back in time.

There is another Leib here who may be another grandson of Leib 1780-1844 - or he may be the same as above with a different wife. Or neither.

Maybe Fischel comes froim the same source as my Izak Fischel. Or not.

Of this group, David Samuel is the most intriguing. David Samuel is a name which goes back to the first generation of the Rozdol Pikholz family and its appearance in Skalat may hint at the common ancestor connecting the Skalat and Rozdol branches.

Of course, both Moshe Hersch and Aryeh Leib appear multiple times in the early Skalat generations so they are prime candidates for the blank name at the top of the chart. Or his father. Or father-in-law.

And I am not ruling out Jachiel as the father of Mordecai and Izak Fischel.

Or maybe I am hallucinating again. It's been known to happen. 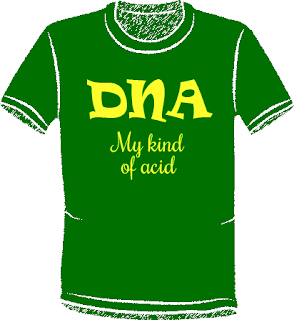